The House of the Pacified Shadow 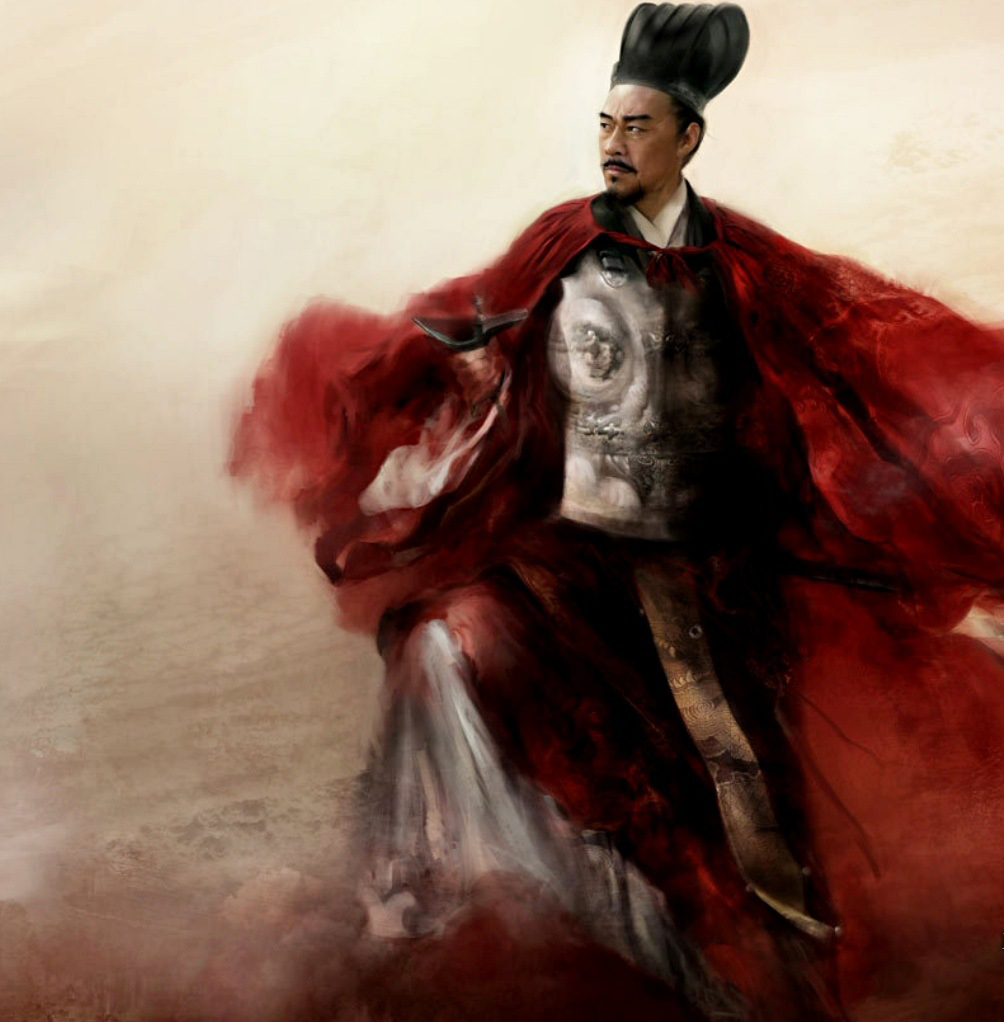 Danjo Lo founded the current form of The House of Pacified Shadows, but long before that it was ruled by a different sect of priests.  When Magori rose to power he had killed or driven away the members of this older priesthood.  After defeating this order with his horde of raiders and wujen, he took the House of pacified Shadows, but was never able to gain access to the true power that lay in its inner sanctums.  He tried to at least use the well-fortified shrine as a base, but it seemed constantly haunted by the righteous and angry spirits of its founders, who were said to possess the bodies of unwelcome guests and then leap  from one of the shrines hundreds of high windows, terraces and balconies.   It was not long before no one would dare enter the House of Pacified Shadows, and even the mighty Magori was forced to abandon his prize. 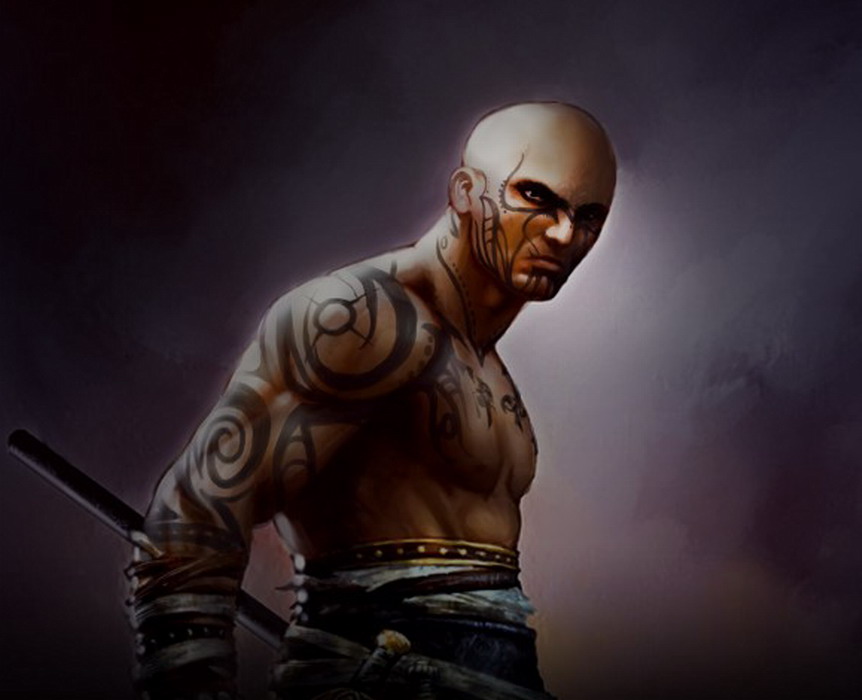 The Silence. Both he and the keeper are said to be much older than they appear.

After Magori’s defeat, the House of Pacified Shadows stood abandoned for years.  Those treasure hunters who sought it out and lived to tell the tale spoke of a place filled with restless spirits and powerful ancient guardians.  Its inner sanctums were rumored to be protected by living statues and powerful curses.

Danjo Lo was one of many who sought to explore and reclaim the lost wisdom within the House of Pacified Shadows.  He enlisted the help of a young monk, known only as the silence.  The silence had made a name for himself as an undefeated prize fighter who grew up in a monastery far to the east.  He then recruited a band of mercenaries and launched an expedition to The House of Pacified Shadows. 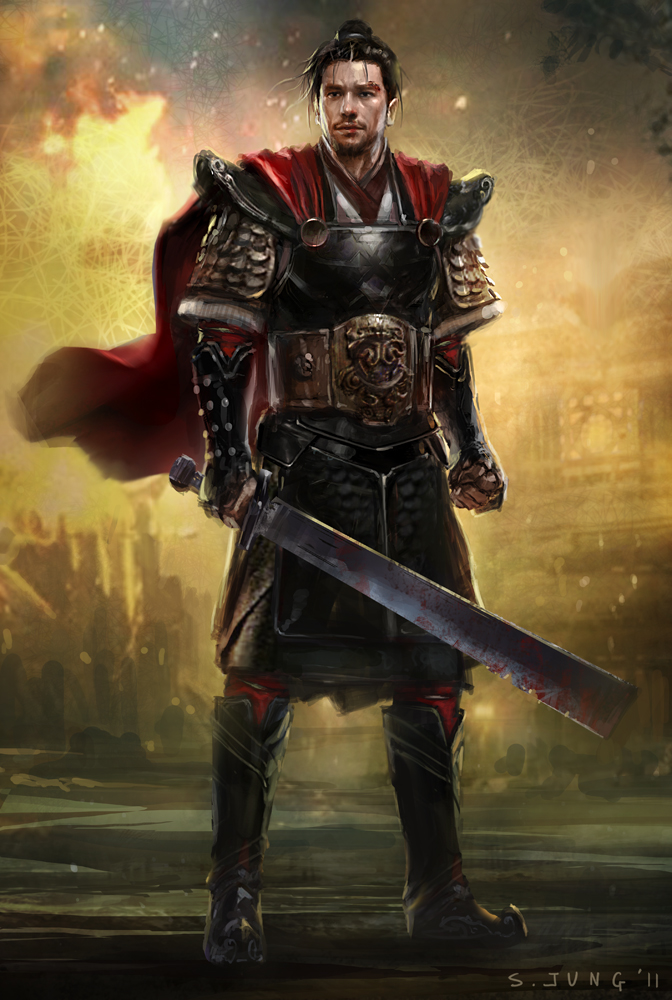 The Warrior Monks of the Pacified Shadow are the heroes of the Oldtrade road, keeping if free from bandits, and protecting the lands around Fanlu

Danjo Lo penetrated the depths of the Shrine and recovered its most prized relic, the Jug of Chu Jung, said to contain the shadow half of the God Shui Khan.  The Magical vessel not only bound the dangerous half god, it pacified him, made him docile and subservient, and under the control of whoever possessed the Jug and understood its workings.  Danjo Lo could have done many things.  He had spent his life as a wondering mystic among the poor, a man with few possessions and common blood.  Now he was a rising star, and a man whose name had become well known, even though few knew anything about him.  He could have easily joined any order.  Any great temple would have adopted him as a champion, and many a shrine would have offered him a place in their leadership.  Danjo Lo decided to stay in the great, vast, empty shrine where he had found the Jug of Chu Jung, and live by his own rules.  He would be master of a new order, and order all his own.

Soon a legend grew up around Danjo.  He came to be seen as a mysterious holy man who had almost single handedly restored the glory of the great shrine Magori had defiled.  Hundreds of dispossessed and curious, pious and poor, those seeking wisdom and those seeking a hand out, made pilgrimage to the House of Pacified Shadows to see it’s wonderment and meet Danjo, the mysterious holy man who had come from nothing, helped to defeat Magori, and resurrected the House of Pacified Shadows.  Many who came were enthralled by the charismatic and talkative Danjo.  Many stayed, and from these the new order of the pacified shadow arose.

The House of Pacified Shadows is one of the oldest shrines in Yunshan. No one is sure who built it nearly 2000 years ago. Hidden within its depths are many secrets of Yunshan’s shrouded past 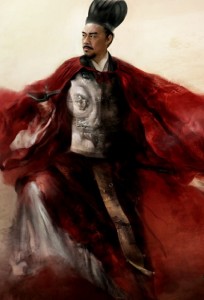 Danjo Lo, whose title is simply the Keeper of the Pacified Shadow, is the supreme spiritual and practical ruler of the House of Pacified Shadows.  Such orders are not usually run as democracies, and Danjo Lo, as Keeper, holds total authority over every aspect of his followers lives, and dictates the course the shrine will take in all matters. This is not to say he is not advised, and of course he delegates, but in many respects, he is like a king in his own small kingdom. 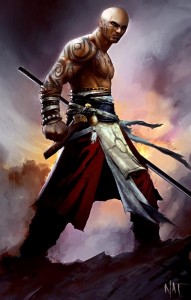 The monks of the Pacified Shadow serve as it’s inner security force, as aids and guardians to the priests, and are charged with the sacred task of protecting the Keeper himself.  Master among them is a man known only as the Silence. 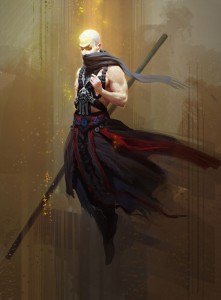 Most monks spend a great deal of time in the temple learning the ritual arts and the subtle art of proper prayer.  Those that do spend a great deal of time outside are mostly practicing those arts, providing spiritual services to the people of Fanlu and Quarytown, and to the tiny villages that dot the Shadowcrag Mountains.  There are a rare few priests which specialize in fighting the supernatural, and Demon Hunter Braxi is chief among them.

A man known as The Shadow is the order’s bandit hunter. He is in charge of hunting down or spying on the most powerful and tricky of the shrine’s enemies.  If the temple wishes to bring someone to justice, he is the one who will do it. 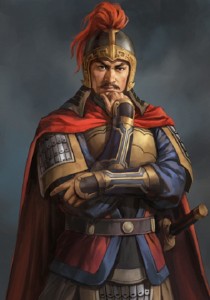 The warrior monks are led by their master Sohei. He is the general of the Shrine’s marshal forces when they are in the field.  The Warrior monks defend the outer temple and  patrol the world at large up and down the Oldtrade Road, from Fanlu in the east, to the Howling Winds Monastery to the West. 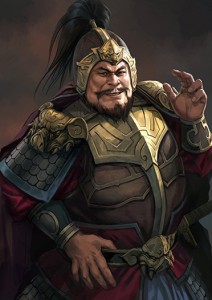 A portly man you know very little about serves as the shrines weapon master.  If Master Sohei is in charge of leading the warrior monks and training them in tactics, this man is in charge of their actual weapons training.