When his usually taciturn father gave out a long gut wrenching, throat tearing cry of rage and hopelessness, young Hrothgard, though only five years of age, became acquainted with death for the first time.

His mother was dead, after only a week of the burning sickness. A sickness running rampant in his home village of forgotten Brandoc, in the Boglands of West Cydon.

Two days later, Hrothgard and his grieving Father Howarden left Brandoc, with a burning village behind them and a small wagon beneath them, they took the long road out of the Northern Reach and headed south east towards greener lands and the large cities of so called civilized man. 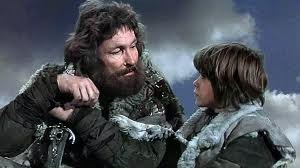 From villages and towns, to cities and castles they traveled, his father keeping them fed and sheltered by plying his trade as a wandering blacksmith.

After close to five years of hard living and aimless wanderings the skilled Howarden came to the attention, and lucrative employment, of Preceptor Guias Arethios Maxtentious of the great city of Poitain. 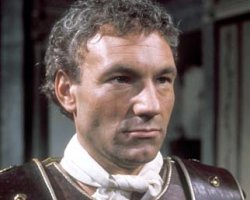 His new position of Master Blacksmith of the Maxtentious estate, on the outskirts of Poitain, gave him position, a steady income and a place to live in safety as well as the opportunity better his sons life, by allowing him to take his schooling with the Son of Preceptor Maxtentious, Aurelius.

Soon the Noble Aurelius and the hardy Hrothgard became more than Son of the Master and the Blacksmiths boy. They became friends, spending their days learning to read and write, mathematics and philosophy, and when they both reached the age of thirteen they began their combat training together under the watchful eyes of  Vulgrim The Gold,

ex slave/gladiator/soldier and current captain of the Maxtentious House Guard. Together they grew tall and proud, learning fighting and whoreing side by side for years. 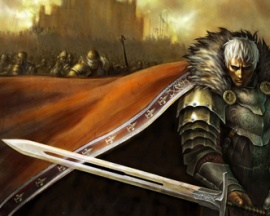 At the age of seventeen Hrothgard came to know death again, when his father was murdered in the back streets of Poitain, reason unknown. Leaving Hrothgard alone, though formally accounted a Ward of Preceptor Maxtentious.

The seemingly senseless death of Howarden heralded the slow downward spiral of the House of Maxtentious.

Within the month, the great house of Maxtentious was over thrown, his loyal wife slain by her lover, all manner of business deeds come undone or worse became known to be false, a mysterious fire laying low a large portion of the estate and the house guards, Aurelius and Vulgrim missing.

The final straw to a blood stained hurricane of a month coming when Preceptor Maxtentious was accused of treason against the state and was publicly crucified for his alleged transgressions. Thus did a great man meet his end in this so called civilized city of so called enlightened men.

It all happened so fast, leaving a worn and listless Hrothgard standing alone in the great city square, a small bag at his side, in it the few worldly goods he scavenged from the burned out estate. Staring up at the crucified body of his only remaining friend, rotting and bloated in the summer heat.

That was the last time Death ever surprised Hrothgard. From there onwards he accepted death as part of life. Turning not into pointless vengeance against a faceless foe or deep life shattering depression.

No, for young Hrothgard embraced life to its fullest from there on, Living and laughing, fighting and loving with all his great heart could manage. Travelling the southlands from one place to another working odd jobs; smithing, doing mercenary work for any cause he deemed worthy.

The years flew by in this manner, the rough, lonely life of an adventurer hardening his body and strengthening his resolve to live life to its fullest. He actively sought out masters to train with to enhance his formidable fighting skills and turn him into a mighty warrior, a warrior his father could be proud of. 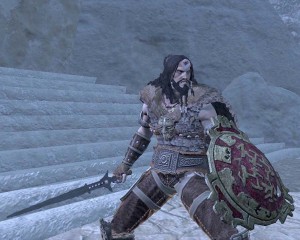 Alone, he became a great swordsman. Traveling from battle to battle adventure to adventure. His skills and philosophy keeping him aloof from the common man and an  idolized outcast  by the common solider. He served many lords and fought in many great battles in the short decade following the death of his father.

Ten years to the day found Mighty Hrothgard in command of the heavy Infantry of Lord Nocilis. Barely  three years into his five year contract, a contract he hated and wished he had never signed but one his honor would not allow him to walk away from.

So it was that after all those years of running and fighting, that a deep depression set in, or at least it would have, had he not met his one true friend there on the lonely battlements of Castle Nocilis, the outcast War Wizard Grognak, they shared a wine skin and stories of past exploits, forging a bond that would only grow stronger in the years to come.

Over the next two years their bond grew stronger, the two great outcasts of Steel and Spell gravitating towards each other. Their exploits on  the battlefield(and off) became legend.

Time flies when you are having fun and soon Hrothgard’s time in service came to an end. So Hrothgard and Grognak determined to be beholden to no man, the two resigned service and rode west from Castle Nocilica, the cheers of the people;  soldier, lord, peasant alike followed them out of the great gates and down their road into the unknown.