Rise, The Tale of Grognak

Yunshan > Adventurers in Yunshan > Rise, The Tale of Grognak

A boy barely 8 years old wakes with a splitting headache, one eye gummed shut by the congealed blood from the wound atop his head, where the bandit scum clubbed him down. They destroyed his village, his people, his family.

He can hear them, outside the stinking poorly cured cow hide tent where he and a few other village boys were tied up. Heavy hempen ropes biting into fragile wrists. He hears them celebrating in their coarse eastern language, loudly proclaiming their glory, their glory at having massacred a village of poor farmers and desecrating the poor ramshackle temple of Oghma and its geriatric caretaker, the kindly Massilius who had gone through great pains in life to teach the children to read and write, now a split sack of gore upon his burning temple’s altar.

The heavy thudding of enormous hooves, the shrill death cries of dying eastern barbarians rudely intrudes upon his melancholic remembrances.  Crackling Fire and cut short screams, brief but searing light from beneath the tent flap and ringing of bloody  steel a skull splitting cacophony. Then silence blankets the land beyond the tent. Slow muttered oaths, half heard and the braying of agitated  horses the only prelude to the toppling of the crude tent, revealing a folk tale made flesh and steel. Standing tall before the boy a large silver and gold plate armored Knight of the Empire, gilded armor still dripping bright red blood from the butchered barbarians. Too much for a recently orphaned boy to take. 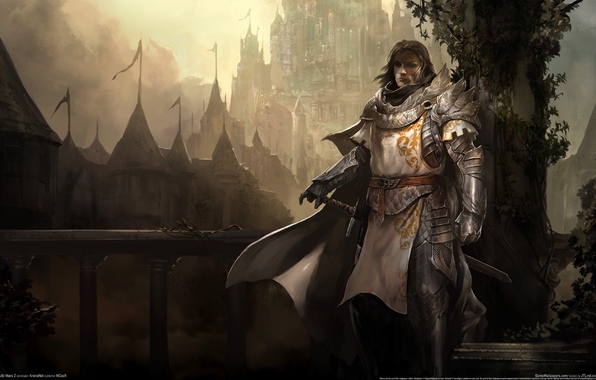 When he woke on the back of a trundling cart, much time had passed and the glorious savior knight long gone, never to be seen again. North through the sweeping fields of grain, from one hamlet to another village to village until the creaky old ox cart was fit to burst new additions, orphans, thieves, scoundrels and drunks were forced to walk behind the many miles each day.

Time becomes irrelevant at that age in that predicament but before long the raggedy caravan arrived in the great city of Nachtholm. A sprawling city of great spires, magnificent keeps, bright bazaars, squalid slums, pestilent projects and onerous orphanages. The latter his destination and home for the next half dozen years. Mean streets and harsh task  masters his daily foes, restlessness and loneliness constant companions.

That is until the coming of grim  Hezroah, the Candle. Called so because the decades of serving as ranking War Wizard in the Lords army had taken their toll, countless fireballs, lightning strikes, acid blasts have left this sinister looking man without hair on his body and sickly blotched waxy skin, heavily corded muscles easily seen beneath eerie blue spider webs of veins, and a slightly droopy facial features like a man made out of wax left in the sun too long. Hence he was called the Candle, though never to his face. 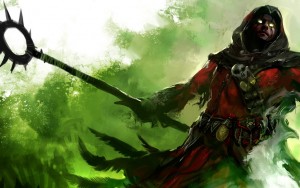 He stood tall and forbidding before the assembled boy children and in a rough voice, better suited for shouting orders across a battlefield he asked but one question, “Who amongst you can read?”

After a moment of awkward silence the Candle turned to leave before he noticed the scrawny teenager, dark lank hair falling across his face and past his shoulders, standing in the far corner hand raised.

With a weary sigh Hezroah beckoned the skinny youth forward, dismissing the rest of the children in solemn lines back to their daily tasks, leaving but the two of them in the courtyard before the Orphanage.

From beneath his purple and black robes Hezroah produced a thick black leather belt, much scarred and worn. He laid it across the boys out stretch hands and commanded the boy to read the words inscribed on the interior of the heavy black belt out loud.

With only a few moments studying the brutal slashing words etched into the belt the boy spoke the first words that would set his feet upon a path he would never waver from.

With those few words bright blue lightning crackled and the belt flew from his hands to wrap tightly but not uncomfortably around the youths waist, suddenly laden with half dozen odd shaped pouches and a heavy tome equally scarred like the belt, as well as blackened and blood stained. Black steel chain binding the arcane book to the belt. the belt magically locked in place around slender hips.

“You are my apprentice now. Until your dead or i find somebody better” Intoned the somber Hezroah, his rough sad  voice one who has said those same words too many times.

So began the Apprentices nightmare training as the ward of a War Wizard. From battlefield to battle field he traveled with Hezroah. Gaining in physical strength and vitality daily, the rigorous life of a war wizard stripping the indolence and fat from the Apprentice, replacing it with rock hard muscles and determination and after awhile a fierce and powerful understanding of the Arcane Arts, specifically battlefield magic’s, growing into manhood and a powerful evoker at his masters side.

Over the years they worked well together, they did not  like each other, did not even respect each other, but they worked fantastically together. The Apprentice grew powerful and the Master grew secretly proud. Soon Master and Mage became grudging equals, but with the Masters star on the wane and the Mages star on the rise it would be only a matter of time before Mage became Master in his own right.

When The Candle became the bloody mess, smeared across Castle Bathuin’s battlements. So the nameless orphan boy, who became a War Wizards Apprentice, who became a War Mage,  who picked up his former masters skull and roaring defiance hurled it at the oncoming enemies did become his own man.

The man Grognak, after distinguishing himself in the Battle for Castle Bathuin and formally named Wizard of War, was sent west to join the imperial forces of Lord Nocilis.

It was here he met the Fierce warrior Hrothgard Skulldur, then the disgruntled Captain of the Lords heavy Infantry.

The two outcasts gravitated towards each other, becoming solid friends and battle brothers.

Their exploits on  the battlefield(and off) became legend.

Though sooner than they each thought the exploits ended, with Hrothgard’s time in service at an end and Grognak now beholden to no man, the two resigned service and rode west from Castle Nocilica, the cheers of the people;  soldier, lord, peasant alike followed them out of the great gates and down their road into the unknown.