7. The Four Great Temples and The Priests of the Realm 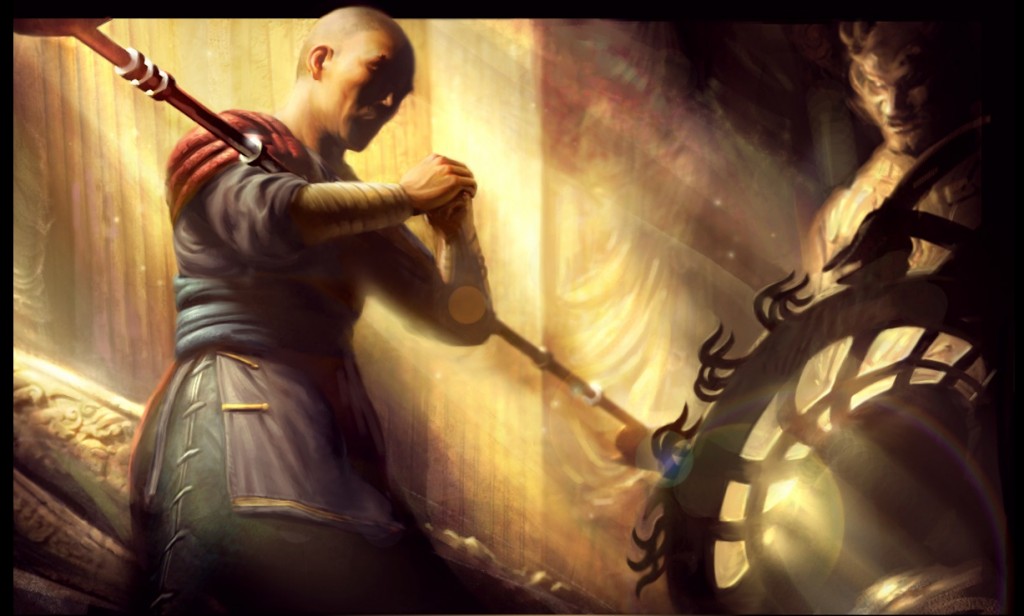 Those men who have taken on the roles at the temples and shrines have taken up the highest of tasks.  These are men who have given up the life on this world to represent for man in the next.  This alone affords them great honor and respect.  There have been many who have visited violence upon the wandering priest, or looted the shrine and killed its keepers.  Wow unto them.  But there are also kings and nobles who have locked priests away because they liked not what they said.  There are men of power who see priests as little more than servants to be used and talked down to.  These men also have much to fear.  Logic, custom, honor, and all sense demands that priest be treated thusly:

A priest may take rest anywhere he pleases.  He may choose to take his rest in any house, in any bed, and the master of that house must accommodate as much for as long as needed.

Priests should never be charged for food or lodging.

It is bad luck to accidentally bump a priest, for powerful spirits might shake off on you.  You must apologize profusely and beg to be blessed right away by the priest you have so offended.

You must afford a priest the same reverence, social graces, and tone you would afford the masters of a clan, for they are ambassadors of the kings of the spirit world

No man may bar the path of a priest unless he is a priest himself, or of noble blood.

It is the worst of luck to attack or fight a priest.  Better to run or cower.

If you meet a priest on the road, as with a King, you must step completely off the road until he has passed.

It is bad luck, and disrespectful to pass up a priest if you are walking in the same direction.  If the priest stops, or changes direction, it is ok to pass him.

Do not bother priests with small talk, rumors, or inconsequential speech.  He has more important things to deal with.  It is disrespectful.

The Serious and Open Hearted 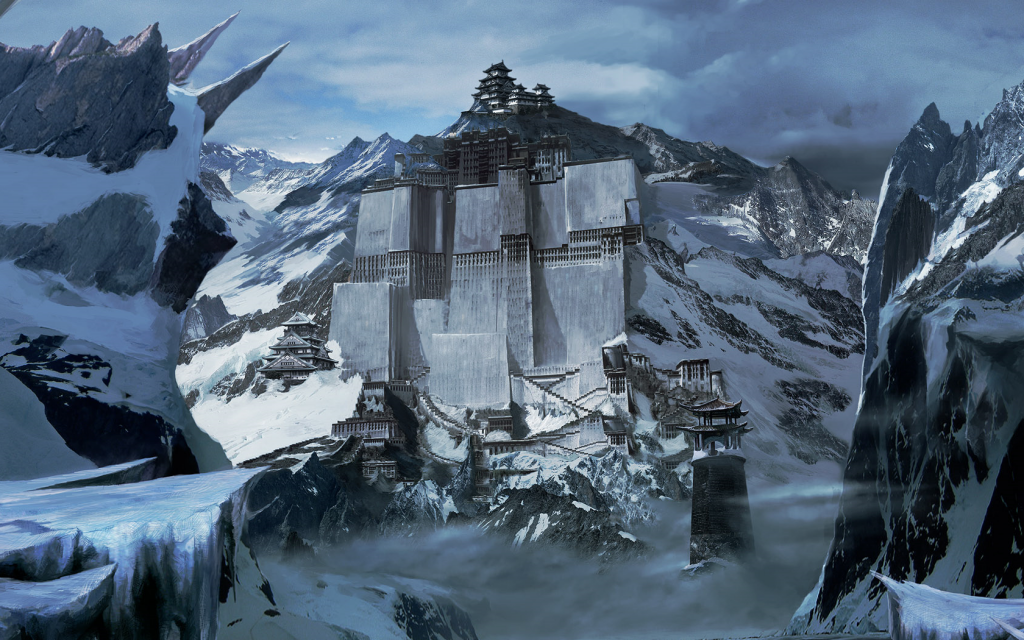 One of the four great temples of Yunshan, the White Temple is its most remote, standing deep in the remote mountains of the north east, far beyond the great central lake.

Yunshan’s priests serve one of its four great temples, or one of around 100 shrines that dot the landscape. Note, few really know just how many shrines lie in Yunshan.  The Temple of the Mists is one of the great temples, the House of Pacified Shadows is an example of a shrine.  In a realm bound by supernatural laws and strict customs, where the line between superstition and real magical laws is so blurred, these priests are in high demand to perform the myriad rituals the people need of them to keep them right with the spirit world.

The Priests of Yunshan essentially belong to the same religion, called Shang Ti, named after the faith’s creator god.  It blends the shamanistic worship of nature and ancestor spirits the ancient people of the mist practiced, with the complex bureaucracy of gods the Tien Ming believed in.  So vast and all inclusive is this religion that all gods are honored and given respect in their area of influence.  There is practically a god for every subject, and a spirit in everything.  There are vast libraries of scrolls in the temples that list and describe these gods. Luckily, all of these spirits, lesser gods, and powers fall under the sway of Shang Ti’s eight primary gods, the Celestial Governors.  This somewhat simplifies things, as one who studies just these 8 gods can get a pretty good grasp on things.  Still, priests of Yunshan’s faith spend a great deal of time in study, and have almost encyclopedic minds, their faith requires it. 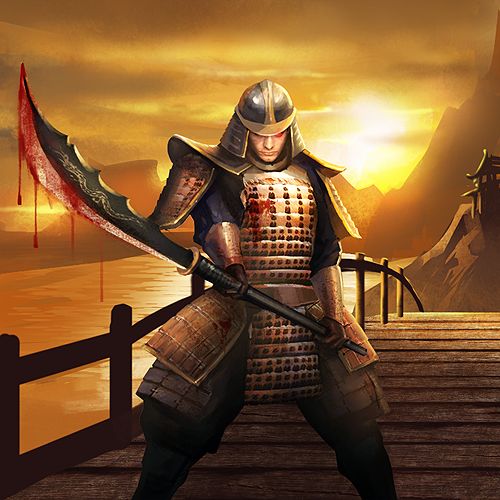 The warrior monks of the four great temples roam Yunshan in small troops, hunting bandit clans and helping the common man. They are intensely disciplined fighters, taught to fear no man, but are drunken rowdies when off the field, and known to be very cowardly if faced by spirits. Spirits are the foes of demon hunters, and out of their jurisdiction, best run, or prey for mercy if faced with an angry ghost or demon!

Since most priests can’t even memorize the thousands of gods their temple honors,  they instead spend their lives mastering the rites and prayers they must know to protect and minister to the people; wedding rites, burial rights, blessing homes, and cleansing people of bad luck.  Even this short list of knowledge requires complex study.

Though each of the four major temples are essentially of the same faith, each has its own dress, customs, hierarchical structure, and a unique spin on things.  We all know that the bloodiest feuds are not those fought between different faiths, but between different sects of the same faith.  The Four temples have managed to stay far apart from one another, and war between these powerful groups has thankfully been extremely rare and always short lived.  Still, priests from opposing temples often challenge one another to duels if a theological debate gets heated.    Like the clans, for now the temples honor the cultural aversion to war, and instead fight their battles in a structured and honorable system to avoid unnecessary bloodshed.  Let it simply be said there is a healthy animosity between the four temples, and it’s a good thing they are spread so far apart.  Each great temple maintains a small standing army of warrior monks.  Some say these armies are larger than what any single clan could field.

The major temples allow anyone who has the necessary talents to become a priest.  They are not concerned with clan or race.  Diligence, respect for authority, reverence, and a good mind are the main requirements.  Once a man becomes a priest he no longer has the same social ties or class he had before.  Priests are their own class and are treated with extra respect by clansmen and nozufoo alike.  They are perhaps the most respected class and there are many social laws pertaining to them.  Even though priests wield great authority in Yunshan, the Shang Ti religion teaches that rulers and people in authority are chosen by the spirit world, so priests are extremely polite to lords, rulers and important officials of the government wherever they operate.

Each of the four temples rules over it’s own small realm.  They are not just religious organizations, each is also a tiny government with a need for scribes, accountants, record keepers, tax collectors, and everything that goes along with all of that.  The best way to look at the temple lands are as tiny theocracies, headed by a supreme spiritual leader with total power.  Beneath him, a small army of priest and warrior monks to back that power, and a cabal of knowledgeable specialists to help run the day to day business of these tiny states.

Clerics in Yunshan do not tend to be the armored crusaders of western lands.   They rarely wear anything heavier than light armor, and rarely wade into the thick of combat.  Yunshan’s priests give up general combat ability in order to gain greater mastery of their spell casting ability.  It’s not clear to outsiders what this greater spell casting delivers, but those who stay in Yunshan for long are bound to find out.

The difference is also one of cultural attitude.  Western clerics often see themselves as crusaders, who have left the cloistered halls of their churches to walk the dangerous land.  They have faith, yet they value backing this up with enough fighting skill to stand in as warriors if they must.  In Yunshan, a priest would not dream of going anywhere without a devoted squad of well trained, heavily armored warrior-monks at his side.  It’s not that these priests wouldn’t fight, and their orders do train them, they just don’t see that as their job. To the Yunshan mind, a priest stepping into the lines of battle would be like a farmer barging in on the work of a carpenter!  They’d just get in the way, and be neglecting what they were born for.  They would worry the warrior monks who are supposed to keep them alive, and trip them up!  Best stay back and work with spell and prayer!

Yunshan religion sees the different gods as spokes on a wheel.  Even a good aligned priest realizes that the evil gods are in charge of some very important things.  Bolin is a trickster god, but he is also god of the weather, and the god who can grant good luck on a long journey.  Those are pretty important things, so Bolin needs to be given his due.  As a result, the priests of Yunshan do not have a chosen god like western priests.  Priests in Yunshan call upon whatever god best fits the moment and situation.  They are truly worshipers of an entire pantheon, not a specific god.

The priests of Yunshan tend to be the most devout to all traditions, not just the religious ones.  They have hierarchical minds, bent on order and procedure.  They think of life as a series of ordered tasks to be fulfilled, and most from a very young age have been viewing life as a game of tetras.  Many priests see themselves as the ambassadors and protectors of Yunshan’s traditions.  They have no qualms about loudly pointing out breeches of social, spiritual, religious, or legal law, and they seem to know a lot about all of those things.  Being around a priest from one of Yunshans four temples can be a bit like walking on egg shells, even to those born in in Yunshan.  To outsiders, priests can seem dogged on dogma, ever vigilant to point out faults and demand apologies, to criticize short comings and oversights of others, and to provide endless amounts of unsolicited advice.  No, not all priests are loud mouthed antagonists.  They really are not looking for a fight.  As agents of the gods, their orders train them to be “teachers of the right way of things” to anyone they come across.  They do not feel any shame or sense of boundaries where advice or chastisement is concerned, as they believe they exist to set others right, and to do so promptly and boldly!

Priests of Yunshan view foreign priests with active interest.  They have no doubts as to the power or existence of foreign gods, and many of the gods they pray to were once foreign to Yunshan.  In their world view, all who live beyond the mountain realm belong to barbaric nations, and so of course there are barbarian gods they must pray to!  Yunshan priests tend to show much more disdain for the priests of opposing orders, even though they share the same faith, than they do for foreigners, who worship gods from entire different pantheons.  To them, the former are intentionally excepting ignorance by following a lesser form of the Shang Ti faith, while the later are just misguided barbarians who probably can’t help themselves!  They are incredibly open minded and interested when it comes to other gods.  Their religion has so many, more than they can remember at one sitting, so for all they know, a barbarian god might be part of their faith by some distant relation.  There are many gods in the Shang Ti faith that were imported from different lands.  In truth, they see Shang Ti as the only religion that could encompass all others, accepting all gods under Shang Ti, if the world and it’s barbarian gods would only stop fighting and submit to the supreme wisdom of Shang Ti. 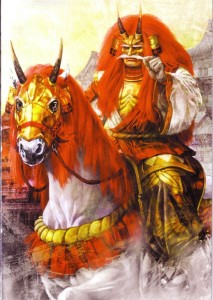 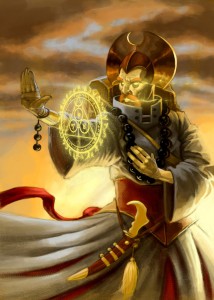 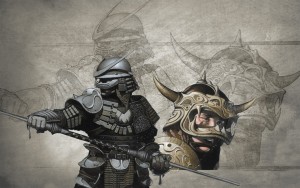 Temple of the Hundred Houses 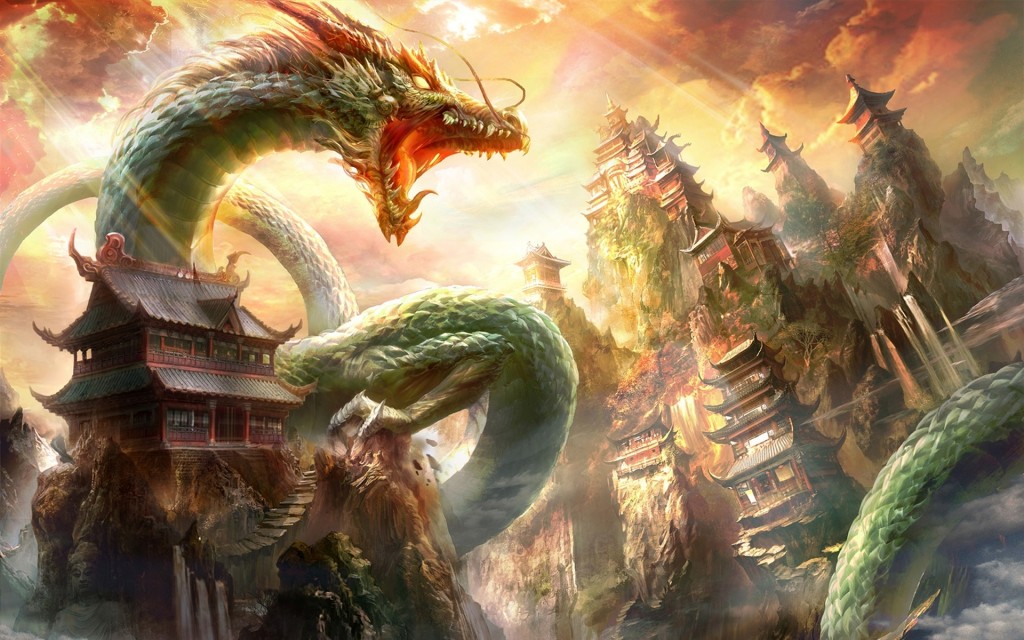 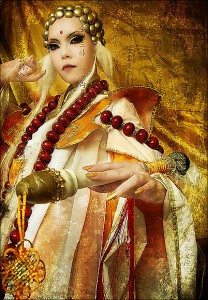 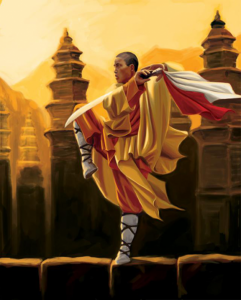 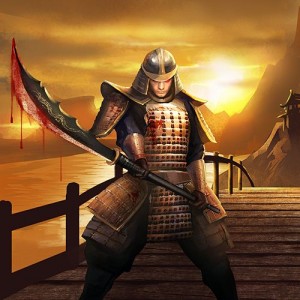 The Temple of the Mists 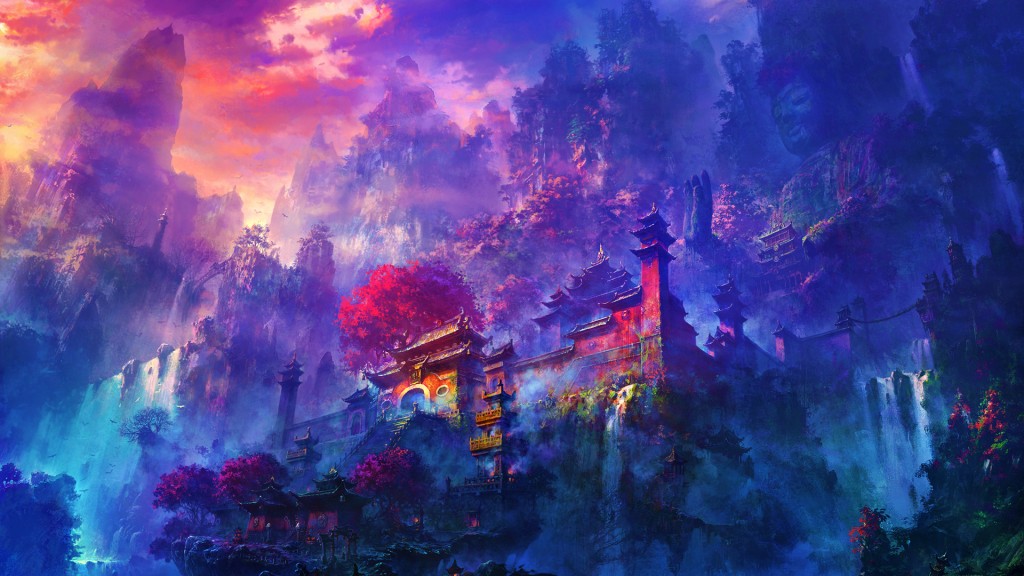 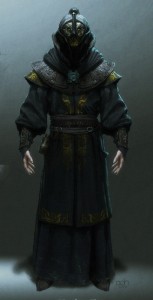 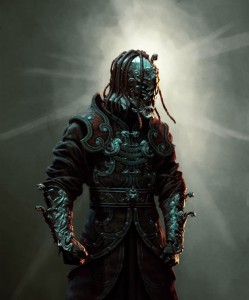 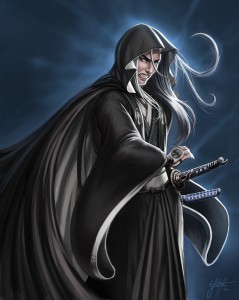 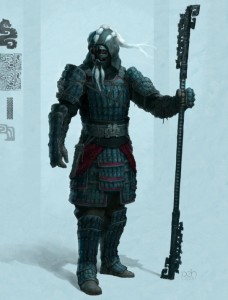